The Journey Through Childhood Sleep Apnea

DISCLAIMER: This blog is my experience and mine only. I want to be clear that I trust the medical system, am thankful to every doctor I saw, and I feel confident that everyone was responding they best they could at the time. But parent’s know their children and sometimes we need to push. Thanks to every medical professional on this journey!

From birth, Winnie always was a good sleeper.

Don’t hate me (the rest of this blog makes sure that you won’t be jealous, I promise) but she did 3-4 hours stretches as a newborn and was sleeping through by 3 months.

She easily took 3-hour naps (sometimes 4 hours–which we always paid for later 🤦🏻‍♀️) when she transitioned to 1 nap and sleep just wasn’t our issue.

As Winnie grew, however, this wasn’t always the case.

Around 2.5-3 years old we noticed that Winnie snored in the middle of the night. I wasn’t particularly worried about it.  But as a sleep consultant, I knew that snoring can sometimes be the first indication of childhood sleep apnea. I had hung out in her bedroom at night listening to hear if she stopped breathing during her sleep but didn’t see anything that worried me. She seemed fine during the day and was overall a happy and healthy kid.  I mean–that was the thing. Winnie was mostly fine is every way, but as she grew older, things started to change.

For example, most of my friend’s children stopped napping around 3.5-4 years. Winnie absolutely needed some sort of nap at this time. Either in her bed or during a trip we’d plan in the car. If she didn’t nap she was inconsolable by 5 PM.

We also noticed other things:

We also experienced a long spell of bedwetting that lasted about 5-6 months after over a year of no accidents. Is it normal for a 4-year-old to have accidents? Of course, but it didn’t feel right for my daughter who had been bone dry from 3 years of age. Suddenly, Winnie went from never having an accident to have 2-4/week in addition to hyperactivity in the evenings, and increased tantrums. We made an appointment with our family doctor who referred us to an ENT. Our first ENT reassured me that some level of snoring was normal, and some kids needed more sleep than others. He offered to refer me for a sleep study but I declined. I felt silly and to be honest, didn’t want to subject my daughter to an invasive experience to quell my nerves. I told myself that I knew too much about sleep and was making myself crazy.

Things continued to devolve. We had been asked twice by teachers to have Winnie’s hearing evaluated–which we did. Both times we were told she had fluid on her ears that she’d likely grow out of. It was starting to become problematic at home–she required all music and television at uncomfortably loud volumes.  Her behaviour at school and at home was exhausting. We struggled constantly with emotional outbursts, tantrums, and aggressive behaviour. These are all things you can manage with a small child who has the opportunity for small stretches of sleep during the day. BUT shit got REAL when Winnie entered Kindergarten.

Kindergarten: no opportunity to nap, hardcore structure, new people= a recipe for disaster. The first week of kindergarten Winnie came home and quite literally, acted like a rabid animal. The first 3 days she woke every hour on the hour with violent night terrors–thrashing her body all over her bedroom and furniture. It was disturbing and sad. I knew from my training and work with children that these night terrors are often a result of overtiredness, but Winnie was already going to bed at 6/6:30PM at 4years old. So we went back to a new ENT who confirmed the level of fluid on her ears could be a sign that there was some airway obstruction and put on a slow-acting nasal spray. He wanted to avoid surgery–and so did we. But, it didn’t work and we were eventually referred for a sleep study.

Waiting for the sleep study took about 3 months from the point of referral (which I’m told is a decent wait time). Sleep studies are no jokes. Several wires, electrodes and an oxygen monitoring tube are placed on your child. Winnie had to be wrapped in gauze to keep the wires and electrodes in place. I knew what went into a sleep study and we prepared Winnie with pictures of what she’d look like. We kept the conversation light and talked about how she’d look like a mummy. I also sent my husband who had experienced a sleep study earlier in his life. I knew that seeing Winnie wrapped up that way would distress me and I wanted her to have a good experience–not feed off my stress.  She did it. 3 months from the sleep study, the doctors had confirmed our suspicions: mild childhood sleep apnea. Our ENT referred Winnie to a surgeon shortly after.

The surgeon took one look at her ears alone and asked us what took us so long to get to his office. He recommended a tonsillectomy and adenoidectomy and tubes in her ears–stat. From the time Winnie visited her first ENT to the time she was in the surgeon’s office was 2 years. Almost to the day. I cried that day. I really didn’t want my daughter to have this surgery. I did everything possible to make it not so.

Everything I’ve described above can be normal for some children and is why making this decision was so tough. What if I was wrong? What if this was just normal childhood things? My gut was telling me something was up. When I thought about Winnie’s quality of life, I knew we had to do something.

The surgery was easy but the recovery was incredibly challenging. In order for your child to recover, they need to drink a lot of fluids–except everything hurts and they are miserable and don’t want to drink. You’re on constant dehydration alert and it is very stressful. The pain is pretty terrible to deal with, but as mentioned above–swallowing anything for pain is nearly impossible if you miss the drug window by even 15 minutes. We co-slept so I could keep her comfortable throughout the night and waking her up to administer drugs was awful. But despite all this, the snoring was gone, and she seemed in better spirits in a few days. Within 2 weeks she was back at school and back to normal.

It’s been just two and a half months since the surgery and I’m not exaggerating to say that Winnie is a new woman. Her energy levels have increased during the day, she seems rested and her moods have totally stabilized. She doesn’t struggle to breathe at night and the snoring has disappeared. There are just small little changes too: her ability to recall little bits of information is shocking, her eating has improved and her demeanour has changed. Not to mention that we can all listen to music and movie at a volume that doesn’t hurt our hearing. Our little girl is back!

Some level of snoring can be normal, and some children do grow out of it. We made the decision to operate on the advice of our surgeon and after the wait and watch period resulted in a deterioration in the quality of life for our child. Seeing the outcome has been incredible and her growth is more than I could have ever imagined.  If you notice your child doing any of the following: mouth breathing, snoring, experiencing fatigue during the day, bedwetting, exhibiting hyperactivity or extreme night terrors, it may be time to visit your doctor and request a referral to an ENT once other conditions have been ruled out. Its quite possibly the best parenting decision we’ve made thus far. 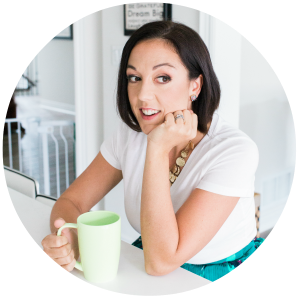 What I’ve Been Writing