With the holidays approaching, many new parents who have recently gotten their babies sleeping on a schedule are worried that they might regress a little over the holidays. In fact, I’m already fielding questions about what to do over the holidays. Since this mama is talking a little holiday vacation herself (don’t fret! I return January 2!), I thought it was important to send you this information now so you can plan ahead and do the holidays right! 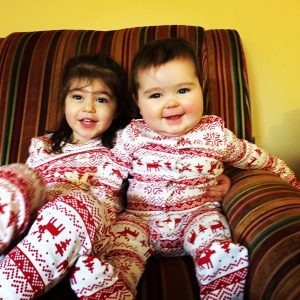 (Amanda’s kids ready for bed while they hang out at Grandma and Grandpas!)

So you’re worried your baby won’t sleep over the holidays?

I can assure you, those fears could not be more well-founded.

Between the travel, the excitement, the constant attention and then travel all over again, the holidays are the single easiest way to throw all of your hard work out with the wrapping paper and turkey bones.

But I’m happy to tell you that it doesn’t have to be that way! With some strategic planning and an iron will, you can keep that carefully orchestrated routine running just the way you did at home (all while you tell Gramma for the forth time, that no your baby doesn’t sleep too much, and no your baby won’t just sleep when he/she is tired. Just smile when that happens and eat another chocolate dessert thing)

There are two major impediments to your little one’s sleep over the holidays. One is travel and the other is family and friends, so I just want to tackle both of those topics individually.

If you’re thinking about starting sleep training your little one, but you’ve got to take a trip in a few weeks, my suggestion is to put off the training until you get back. (Although if you’re looking for an excuse to cancel your trip, not wanting to throw your baby’s sleep schedule out of whack is a pretty good one. Just sayin’!)

If you’ve already started, not to worry. Taking a trip typically won’t help your little one sleep better, but if you can maintain some semblance of normalcy until the end of your trip, you and baby should be ready to get back to business as soon as you get home. Follow whatever plan you have going!

If you’re driving to your destination, a clever trick is to schedule your driving time over baby’s naps. Car naps aren’t ideal, but compared to no naps at all, they’re the lesser of two evils by far. So if at all possible, get on the road right around the time that baby would normally be taking their first/only nap (and if your baby is only on 1 nap, don’t be disappointed if they don’t sleep for more than 1 hour–its really unlikely. Just know that that will be a crap nap day, and put them to bed early).

If you’re really committed, you might even look for some parks, tourist attractions, or other outdoor activities that are on your route where you can stop when baby gets up. It’s a great chance to get out into the sunshine and fresh air, which will make that next nap that much easier.

If you’re flying, well, my heart goes out to you.

It’s no secret that planes and babies just don’t seem to like each other, so I suggest (and this is the only time you’ll hear me say this) that you do whatever gets you through the flight with a mini

mum amount of fuss. Hand out snacks, let them play with your phone, and otherwise let them do anything they want to do.

The truth is, if they don’t want to sleep on the plane, they’re just not going to, so don’t try to force it. It will just result in a lot of frustration for both of you. (And, most likely, the passengers around you.) 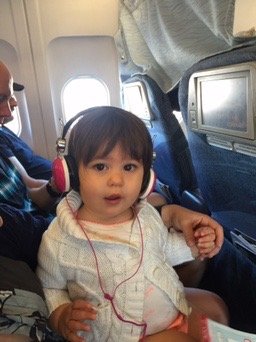 I’ve been very fortunate to have really supportive family. My in-laws are fabulous and in fact, they have cribs, bedrails, pack-and-plays and spare rooms for all of the kids. They.get.it. Their baby sleep level is sitting an expert.

But not everyone is so lucky.

You’ve arrived, and hopefully, you’ve managed to maintain some degree of sanity (but maybe not…eggnog?!). Now, I’m sorry to say, comes the hard part. Because in the car or on the plane, everybody is on your side, right? Keeping baby quiet and relaxed, and hopefully asleep, is just what everyone is rooting for.

But now that you’re at Grandma and Grandpa’s place, it’s just the opposite. Everyone wants baby awake so they can see them, play with them, take a thousand pictures, and get them ridiculously overstimulated. And it’s exceptionally difficult to tell all of these friends and family members that you’re putting an end to the fun because baby needs to get to sleep.

So if you need permission to be the bad guy, I’m giving it to you right here and now. Don’t negotiate, don’t make exceptions, and don’t feel bad about it. Firmly explain to anyone who’s giving you the “I’ll just sneak in a take a quick peek,” routine that baby’s in the middle of sleep training and you’re not taking any chances of them waking up. Let them know when baby will be getting up and tell them to hang around, come back, or catch you the next time. Or better yet, tell people in advance when to expect some baby time based on baby’s schedule.

I know it sounds harsh, but the alternative is an almost immediate backslide right back into day one. Baby misses a nap, gets all fired up because of all the new faces and activity, then overtiredness kicks in, cortisol production goes up, and the next nap is ruined, which results in more overtiredness which derails nighttime sleep, and before you know it, you’re headed home and it seems like baby did nothing but cry the entire trip.

I’m not even slightly exaggerating. It happens that quickly. 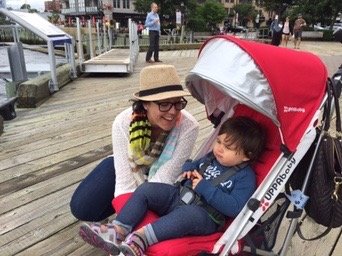 (what happens when your baby doesn’t nap on vacation: pictured above scowling baby)

So OK, you’ve steeled your nerves and let everyone know that you’re not budging on baby’s schedule. She took her naps at the right times, and now it’s time for bed. The only catch is that, with all of the company staying at the house, there’s only one room for you and baby.

No problem, right? Bed sharing for a few nights isn’t the end of the world, after all.

I wish I could make it that easy for you, but again, you want to make this as little of a deviation from the normal routine as possible, and babies can develop a real affinity for co-sleeping in as little as one night.

So this may sound a little unorthodox, but if you’re sharing a room, what I suggest is simple.

Make it into two rooms.

I’m not saying you need to bust out the lumber and drywall, but I do suggest hanging a blanket (these 3M hooks are amazing for this!) , setting up a dressing screen, or, yes, I’m going to go ahead and say it, put baby in the closet.

That sounds crazy, I know, but really, a decent sized closet is a great place for baby to sleep. It’s dark, it’s quiet, she won’t be distracted by being able to see you, and people accidentally walking in and out of the room are much less likely to distract her.

And while we’re on the subject of “no exceptions,” that rule extends to all other sleep props. You might be tempted to slip baby a pacifier or rock her to sleep if she’s disturbing the rest of the house, but baby is going to latch on to that really, really quickly, and chances are you’ll be waking up every hour or two, rocking baby back to sleep or putting her pacifier back in, which is going to end up disturbing everyone a lot worse than a half hour of crying at 7:00 at night.

Now, on a serious note, I find the biggest reason that parents give in on these points is, quite simply, because they’re embarrassed. There’s a house full of eyes and they’re all focused on the new baby, and by association, the new parent. The feeling that everyone is making judgments about how you’re parenting is nearly overwhelming in these family gatherings, but in those moments, remember what’s really important here.

Your baby, your family, and their health and well-being.

There may well be a few people who feel a bit jaded because you put baby to bed just when they got in the door, and your mother might tell you that putting your baby in the closet for the night is ridiculous, but remember you’re doing this for a very noble cause. Perhaps the most noble cause there is.

So stand tall and remember that you’re a superhero, defending sleep for those who are too small to defend it for themselves. If you want to wear a cape and give yourself a cool superhero name, you go right ahead. WonderMom, UberMama,–whatever you want. Just remember that, like any superhero, you may be misunderstood by the masses. If you’d like a little help planning for holiday sleep, give me a call!

Ignore them. You’re on a mission. 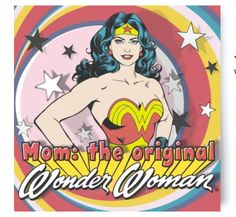 Book a call with me and get back on track!